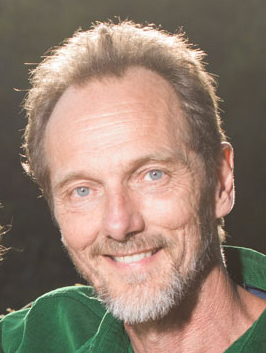 Pieter’s most important attribute, as one who helps to facilitate healing by natural means, is the ability to truly listen and then dedicate the utmost time and care to each client.

He has a degree in Chemical Engineering, followed by a further 6 years of study and training in various disciplines of natural medicine and then 26 years of experience as a Natural Health Practitioner.

Pieter has a degree in Chemical Engineering and after graduating from the University of Natal in 1987 he spent two years each in the edible oils and aluminium processing industries, followed by a further two years lecturing in food technology and physics at the Natal Institute of Technology.
In 1987 he completed an intro and an advanced course in Iridology with Farida Sharan of the British School of Iridology; followed by a further 6 years of correspondence training and further intensive research into Iridology, Naturopathy and Energetic Herbalism – which forms the basis of Ayurveda, Traditional Greek Medicine, TCM and Unani-Tibb.

In 1993 Pieter was confronted with a decision to either commit more fully to his position as a lecturer in chemical engineering, or to immerse himself more deeply in the natural healing methods that he had come to know and love. Feedback from a growing clientele, in the form of accurate diagnoses and significant health improvements, told him that the time was right for change; so he left lecturing and became a full-time, natural health practitioner.

Developments along the way

For many years Pieter had a very successful natural health practice in Durban and then Kloof, later moving to the Natal Midlands and thereafter to Plettenberg Bay.

Eighteen years ago he moved to McGregor in the Western Cape, where he found the balance necessary for being a hands-on, home-schooling parent to his four children; along with his practice as health practitioner and business director of a company that blends and manufactures herbal remedies, namely, “Energetic Herbals”.

Seventeen years ago he also became an apprentice to a traditional healer, known simply as “Anna”, who was a descendant of the Khoisan people and who had been the midwife of McGregor village for many years. She knew the indigenous herbs of the Western Cape, very well indeed and she taught him how to identify and use them wisely.

In the interim, Pieter’s interest in human nature and natural ways of healing the body and mind continue to expand and deepen, as he encounters an ever greater variety of people in his Natural Health Practice; each with their unique set of challenges.

Pieter relocated to Hout Bay in June of 2015, where he worked from a consultation room within a health shop known as The Health Path.
At the start of April 2019 Pieter moved to Rocklands, the new health centre, set amongst the tall trees and natural beauty of 14A Bel Ombre Drive, Constantia.